Pros of the Dyson V6 Fluffy

The fluffy is marketed and actually ideal for vacuuming hardwood floors.

Many cordless upright vacuum cleaners spot clean small carpets on the stairs well. Most don’t do as well on hard floors. The V6 Fluffy vacuum cleaner does a good job on hard floors such as tile, concrete and stone. The “Fluffy” design of the roll does a better job of actually picking up fine dander and dust instead of pushing it around.

This vacuum is somewhat versatile. You can swap out the hard brush with a mattress tool to vacuum lint and debris off of pet beds, upholstery or car seats.

This vacuum has a strong suction level capable of picking up large debris, not just pet fur and dirt. The vacuum has a max power mode for those moments you need even higher suction. However, the vacuum’s battery can only sustain this mode for six minutes if fully charged.

The Dyson V6 Fluffy can convert to a handheld vacuum if you want to use it as a small portable version instead of a replacement for a broom or mop.

Like all Dyson vacuums, it maintains its suction up until the very end.

The design lets you hold the vacuum over the trash can and empty the dirt cup into the trash with minimal mess, instead of having to halfway disassemble it to empty it out.

You can remove the “fluffy” head and wash it to improve its performance.

The vacuum’s charger can be wall mounted and serve as a storage location, all without using any floor space.

Cons of the Dyson V6 Fluffy

This cordless vacuum is expensive. If you are going to use it mostly as a handheld vacuum, you should look into cheaper handheld vacuums than this model.

The dust bin’s capacity is only 0.11 gallons. If you plan on using this to pick up after several dogs shedding or the mess the toddler made by spilling all the Cheerios, this vacuum may not have the capacity to pick it all up in one run.

The vacuum has a good center of gravity so you can use it to clean steps while standing on ground level. The manufacturer says you can use this to clean up to the ceiling. Aside from cleaning your vents or taking a chance of using its nylon bristles on wood paneling, it doesn’t actually have many uses above waist level.

The battery takes three to three and a half hours to charge. While this is better than some of its rivals that take eight hours to charge, other rivals recharge in two hours or recharge to 80% in less than an hour.

While there isn’t yet operating life data on the Dyson V6 Fluffy vacuum’s battery life, Dyson cordless vacuums using similar battery designs often needed to replace the battery after a year of regular use, assuming it was used to near depletion and recharged every day or two. Replacement batteries for Dyson vacuums of this design range from fifty to a hundred dollars each.

The vacuum weighs around five pounds. It is light by industry standards, but it can be awkward to handle. 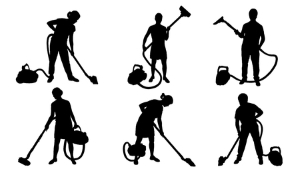 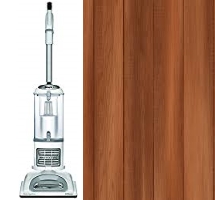 Vacuum for Hardwood and Pet Hair 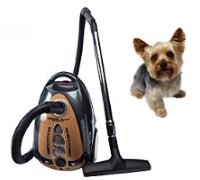 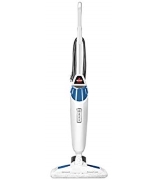 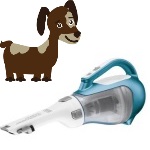 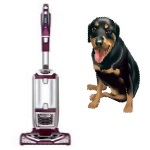 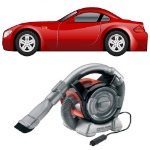