Arlo security and monitoring products may not be the cheapest there is. With that said, they aren’t particularly expensive when comparing them to other quality products that offer the same functionality and practical features. In fact, I’d say that the base model Arlo wireless camera system and the wired Arlo system are very reasonably priced, especially when you consider all that you’re getting for your money. 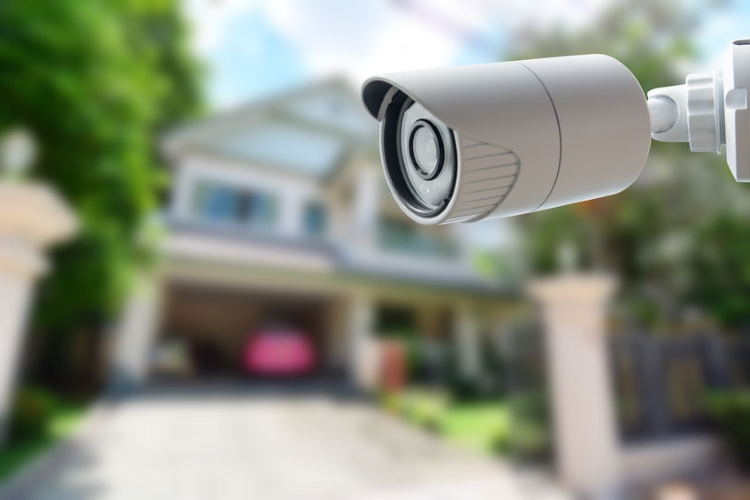 This comparative review is going to look into the various Arlo / NetGear security camera options. Whether you’re looking for a top grade security camera for your home, or just want to keep an eye on your family when you’re not home, you should find that one of these camera systems will be exactly what you’re looking for. These products are extremely popular and have received rave reviews from satisfied customers all over the world. So we feel confident that the price vs quality aspect makes this a worthy investment in the security of your home and your loved ones.

An immediate comparison of the Arlo Wireless Home Security System vs the formidable Arlo Pro 2, leaves one feeling that this cheaper model is somewhat lacking. Though, if we’re going to be realistic, and compare this pretty affordable home security system to others at about the same price, it’s a great deal. In terms of quality and features, this not what I would normally consider and entry level model. It just seems that way when comparing it to the more sophisticated Arlo offerings.

You have a number options, ranging from the single camera kit, all the way to a comprehensive 4 camera kit system and anything in between. You could also buy individual additional cameras at any time. The basic kit includes a wireless camera and base station that communicates wirelessly between your camera and Wi Fi router. This makes for one of the easiest installations you can think of. You can place the camera or cameras anywhere and they will be powered by a rechargeable battery. The wireless base station needs to be within a reasonable range of the camera and the router. Though for longer distances, you have the option of a wired (Ethernet) connection.

The motion detectors have a relatively wide side to side range of detection, as does is the camera field of view (110-degrees). The motion detector does a lot to conserve the battery. The camera will remain in standby mode until motion is detected, thereby reducing the battery consumption. You will receive instant notification of any movement sent directly to your mobile device or computer. When you’re not at home, the app (Android or iOS) will alert you to what’s going on and allow you to view directly from this device or your PC. Something to bear in mind is that the motion detector is not very effective through glass. Placing the camera indoors to view through a glass door is not the best idea.

The fact that it does not view from indoors to outdoors should not be a problem. The camera is waterproof with an IP65 weatherproof certification. It is also not affected by extreme temperatures and will function properly between 22 and 122 degrees Fahrenheit. You can place a camera anywhere around the exterior of your home without any concern for the weather. Just check that the transmitter is within range of the wireless base station, around 300-feet, or install an Ethernet cable. It is also compatible with most user interfaces, like Amazon Alexa, IFTTT, and Stringify.

The camera is enclosed in a very durable housing and streams a reasonably good (720P) HD image with night vision. It has a 7-day cloud storage, which has an optional extension for longer storage. The 7-day storage is free for life.

Even though this is the cheapest Arlo wireless security camera system, it is by no means a low-end product. Far from it. The Arlo wireless camera is incredibly well-made and offers features and functions that defy its relatively low price. This is the perfect place to start if the really expensive, high-end security cameras are out of your price range.

The Arlo pro makes a great middle ground between the entry level Arlo and the Arlo Pro 2. It’s not all that cheap, but neither is it exorbitantly expensive. If we look at what you’re getting, vs the more expensive options, the Arlo Pro is a nicely priced package.

Comparing this model to the cheaper Arlo, we see the same basic functions. It has the same wireless battery system, though the Arlo Pro also offers the option of a hard wired installation, if batteries aren’t your thing.

It has the same 7-day cloud storage with the addition of a USB port for local data storage. It also has Wi Fi alerts and video feed to your PC, as well as any Android or iOS device. This too is a hardy weatherproof camera with the same IP65 rating and 22 – 122 degree temperature tolerance. Naturally, this camera is also a day night system with a bright LED security light built-in.

Already, we can see that the basic Arlo features have been upgraded on the Arlo Pro wireless camera system. But there are quite a few additional improvements. The detection field has been increased to 130-degrees and this model has a built-in speaker and microphone. So you not only have instant access to a video feed, but you’re also able to listen, and talk to, anyone within range of the microphone. There’s also a 100dB siren as an additional security measure. When operating wirelessly, this model has the same range of about 300-feet with the option of Ethernet connection for longer distances and the same interface options for systems like Amazon Alexa.

It’s clear that they have upped the ante in developing the Arlo Pro Home Security Camera system. It has all the basic features of the standard Arlo and is every bit as durable. You have the additional benefits of on-site data storage, limited only by the USB storage device that you’re using. Security is improved by the use of a siren and you have the microphone / speaker system which can be very useful.

Considering what you’ll be paying for the Arlo Pro 2 compared to the others, your first question may be: what are the benefits of the Arlo Pro 2 vs the Arlo Pro home security camera system? I’ll spare you the boring details, repeating all the common features that this one shares with the others. Build quality, weather proofing, wireless and wired connectivity. They’re all the same.

The most obvious benefit to the Arlo Pro 2 is the improved 1080P, wide angle, HD camera. This camera provides you with a truly remarkable HD image with a 130-degree field of view. Along with the 7-day cloud storage and USB option, this camera can be set for constant 24/7 monitoring. It doesn’t rely purely on the motion sensor. Of, course, you can use only motion sensing for the camera if you’re using a battery and want to conserve power.

This model is also compatible with more systems than just Alexa, IFTTT, and Stringify. The list is virtually endless and includes all the Amazon devices, Google Assistant, Samsung SmartThings and many more. The Arlo Pro has a high level of technical specifications, which include improved adjustable sensitivity for the motion sensors and camera field of focus. When plugged into mains power, it has extra functionality – 3 activity zones and 3-second video preview, as well as adjustable sound detection.

You are getting a lot of extras when you decide that you’re willing to pay top dollar for the Arlo Pro 2. It has a better camera, advanced sensors, and unlimited constant monitoring. The kits range from a 2 camera system all the way up to 6 cameras, with the option of buying individual additional cameras.

The advantages of a wireless security camera system speak for themselves. No wires make for a quick, easy installation and the absence of wires along your walls means it’s more aesthetically pleasing. This may make the Arlo Q, wired system appear to be second best. It has to be hardwired to a power source, there’s no battery power option. Though when we look at price vs features, the Arlo Q wired is incredible value. It costs basically the same as the base model Arlo, but shares most of the advanced features that you find on the much more expensive Arlo Pro 2. In terms low budget, high value, this is a real winner.

The spec sheet for the Arlo Q reads like that of a really high-end security camera. It has the great 1080 HD wide angle (130-degree) camera. Audio activation and a two way speaker microphone system. It also has the advanced motion sensing options of the Pro 2. Like all the Arlo camera systems, you have 7-day cloud storage and Wi Fi connectivity. This system also allows for remote viewing and alerts, as well as 24/7 monitoring.

So far this all seems too good to be true. An advanced security camera, at the price of an entry level model and the only drawback seems to be that it lacks the wireless power supply option. So what’s the catch? Actually there is one other major difference when comparing the Arlo Q to the other Arlo security cameras. The Q model is not weatherproof, this camera can only be used indoors. I suppose, you could place the camera on a covered porch for outdoor monitoring, but this not ideal. It does have wonderful night vision though, and will function perfectly well in complete darkness.

So, you’re losing out on the wireless aspect and the Arlo Q cannot be used outdoors. The plus side is that you’re getting a very high spec level for a fantastic price. For monitoring the inside of your home in superb high-definition, with two-way sound, this is a real bargain. It’s as well-made as any Arlo camera and looks stunning too with the option of using a stand, magnetic wall mounting or screws to secure it permanently to a wall. I’d think that this would be one of the best baby monitoring cameras around. 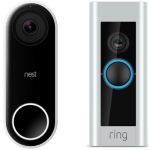 Looking for Something Else?